Warts are benign formations that can appear on almost any part of the body. They often cause discomfort, because it is simultaneously ugly, and even uncomfortable, because there are cases when they appear on the neck, arms, armpits, which leads to periodic damage.

But what will happen if the wart is torn off completely or simply severely damaged? Of course, in such cases you should not panic or vice versa – do not pay attention, you just need to visit a specialist who will solve this problem.

What should I do if I have a wart?

In the event of a complete or partial breakdown of the wart, under no circumstances should you remove the remaining parts yourself. First of all, this applies to cases when it has come off completely, you need to find a torn piece of the growth and place it in salt water (a teaspoon of salt in 1 liter of clean water) so that the doctor can conduct all the relevant tests when the patient gets to him. It is also worth disinfecting the area near it, and protect the wound from getting any infections there. 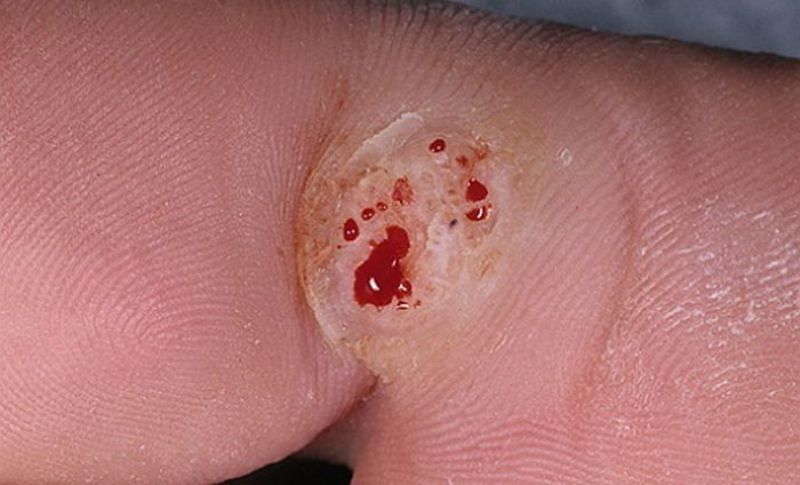 Often when warts are torn off, inflammatory processes can begin, as well as many other troubles, but you do not need to remain alone with them, it is better to go to the doctor as soon as possible.

If a person tore off a wart, then you should expect the following unpleasant moments in the first time:

When such a nuisance occurs, you do not need to pick, tear off and perform other manipulations with the growth, since even a simple wart can degenerate into a malignant formation. Contacting a dermatologist is the right decision.

Is it possible to cut a wart with improvised tools?

Those who find themselves in a situation where the growth is damaged, ask, what will happen if you remove the wart and then cut it off completely, provided that a small fragment remains in place? Will this be considered a complete removal of it? We can say with confidence that it is not, since these formations have a root that cannot be removed with simple scissors or forceps.

Such a procedure can lead to the fact that new warts will grow near the remote growth, or an infection will be introduced there.

Moreover, do not think about how to pick up a wart that is not completely torn off. Any such actions will lead to inflammation and more serious problems. In addition, we must not forget that these formations may well develop into malignant tumors. Therefore, if you suddenly tear off the wart, you do not need to think for a long time what to do, it is better to consult a doctor as quickly as possible.

Possible consequences of self-removal of the wart

If the wart is damaged, some come up with a brilliant idea – to tear it out completely. But even if such decisions are made, then you need to know about the consequences that almost always await lovers of self-treatment. What happens if you cut the wart yourself? 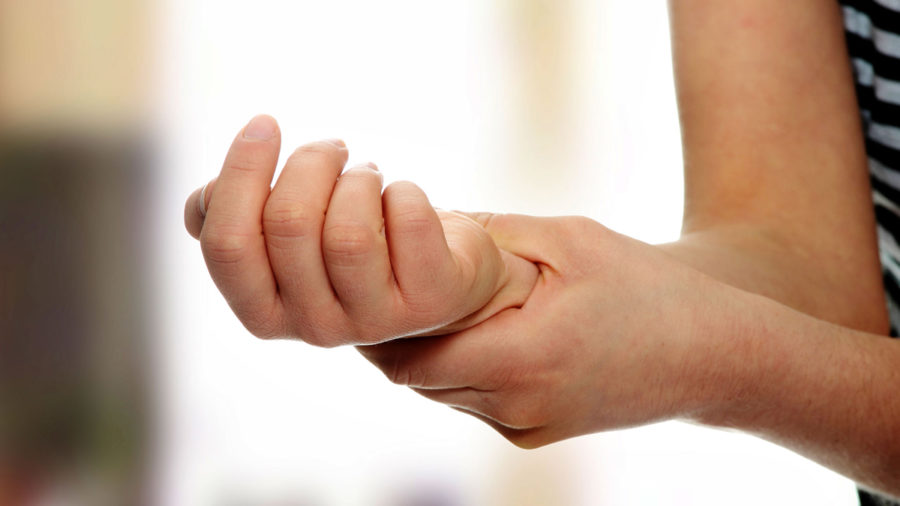 Here is what awaits those who have done such a rash act:

That is why you can not remove the warts yourself, regardless of whether it is partially damaged or almost completely torn off. Only a specialist should cut it, besides using professional equipment.

If it happened that the future patient tore off the wart, in almost any case, an operation to remove it will be waiting for him, even if the root just remains there. When the growth comes off, it must be completely removed, and this can be done in several ways:

In order not to see the consequences after an accidental wart breakdown, you need to have it completely removed by a professional, using one of the above methods. The appointment of a specific procedure will be carried out depending on a number of factors, since each organism is individual and some features of each removal method may not be suitable for the patient. By the way, in addition to surgery, doctors very often prescribe an additional intake of immunostimulating drugs or vitamins. 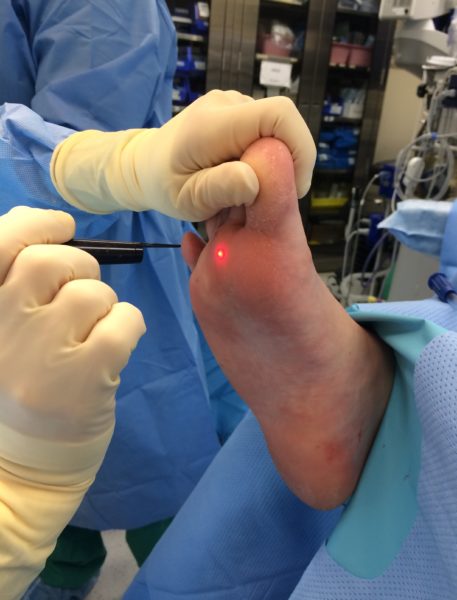 If a wart comes off, it can under no circumstances be cut off at home. In almost 100% of cases this will lead to infection of the wound, and possibly to an outbreak of the disease, which will entail the formation of new warts.

To know exactly what to do if you accidentally manage to break a wart, you should familiarize yourself with the basic rules of first aid for yourself.

You need to perform the following series of actions:

These basic rules will help to avoid unnecessary trouble. Even if the wart grows again, and special inflammatory processes do not occur, it is still necessary to visit a specialist.

It is immediately worth noting that this is the most risky and unreasonable decision that can only be made. If you pull out the remnants of the wart or begin treatment of its remaining fragment, then you can use some drugs from the pharmacy for such purposes.

The same "Kolomak" or "Ferezol" will make it possible to remove the damaged wart, but be aware that they almost all burn out the tumor cells, and with the slightest damage to the growth, this can lead to severe burns, wounds, infection and much more.

Some advise to treat areas with celandine warts, even if it is a torn wart, or use various recipes from traditional medicine. Be that as it may, there is no need to talk much about this, since it is a question of the potential development of cancer, and you should not think about any self-medication here. 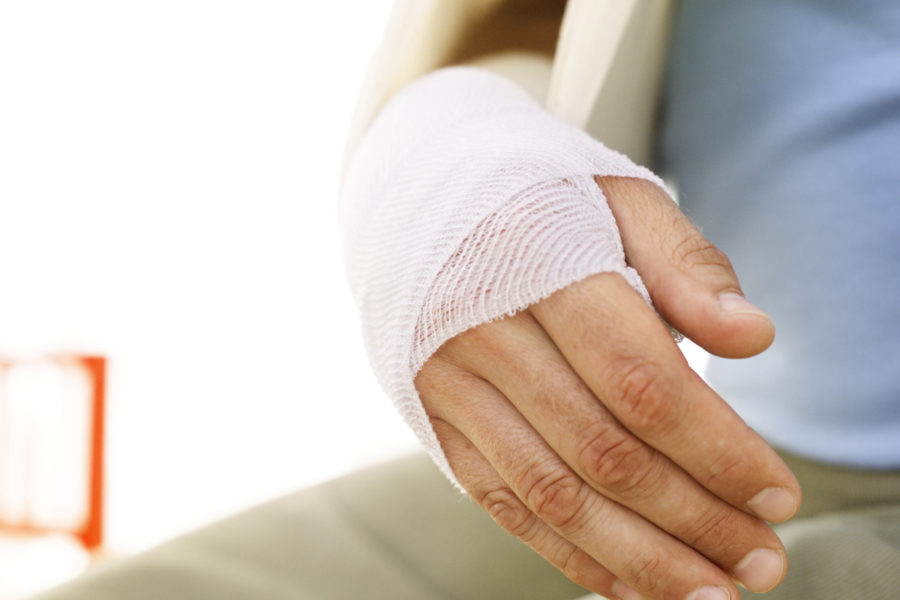 Neither pharmacy products, nor folk recipes, nor even the independent removal of warts, will not do anything good if you do not first consult with a doctor.

Having decided what to do if wart damage has occurred, the development of more serious diseases can be prevented. In this case, it is important to quickly take measures to disinfect the affected area, try to maintain the torn growth and visit the doctor on the same day. In this situation, it is quite possible to avoid serious surgery and expensive treatment.

If you didn’t succeed in visiting the doctor on time, you don’t need to panic, if the wart breaks, if you follow all the recommendations for disinfecting the damaged area, the person will have more than enough time to visit a specialist. The latter, in turn, will prescribe the most effective treatment and, most likely, supplement it with drugs that enhance immunity, as warts appear on the skin of people whose organisms are weakened.