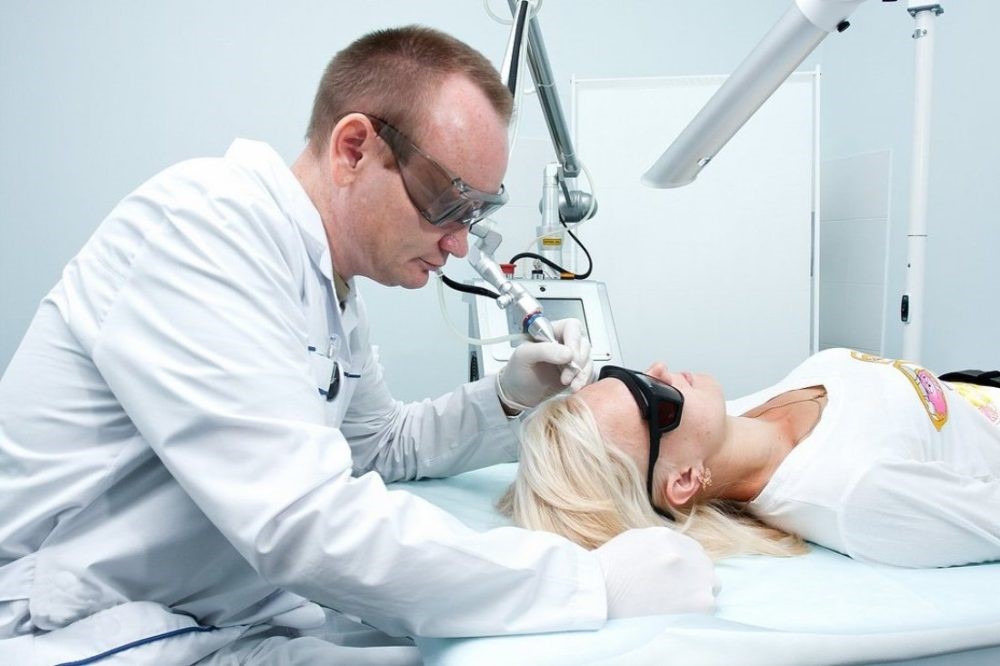 Activation of HPV leads to the fact that small skin growths – papillomas – are formed on the human body. They can be single or merge into groups, but at the same time, physical discomfort, as a rule, is not delivered. Many people tend to think that this is just a cosmetic defect and postpone a visit to the doctor, but leaving the problem without attention, they risk their own lives.

Remove skin lesions is not difficult, for example, remove papillomas with a laser. In addition, it can be done surgically, by radio wave, by electrocoagulation, as well as by removing the papillomas with liquid nitrogen. All methods have advantages and disadvantages, differ in the price level – each patient has the right to choose the method suitable for himself.

Why do I need to delete

Papillomatosis is a viral disease that must be controlled. If the problem remains unattended for a long time, the infection spreads through the body, causing new rashes, and growths can appear not only on the skin, but also on the mucous membranes.

HPV becomes active with a decrease in immunity – viral DNA is inserted into healthy cells, multiplies, leading to the formation of growths. If delayed with treatment, papillomas can grow, penetrate into the deeper layers of the skin, and transform into painful papules. In addition, there is a high risk of injury to the growth, which is fraught with even more seeding and penetration of a secondary infection.

The most dangerous is the localization of tumors in the genitals. In this case, papillomas turn into peaked or flat warts, which often degenerate into malignant tumors.

If the papilloma starts to change (darken, grow, hurt, bleed or crack) – see a doctor immediately, there is a chance of malignancy.

Is it dangerous to remove papillomas? The answer is unequivocal – it is much more dangerous to let the problem take its course, risking your own health unnecessarily, and perhaps even life. Today, an innovative method of laser destruction of papillomas, warts and other skin tumors has been developed. It has several advantages over alternative removal methods.

Advantages of cauterization by papillomas by laser

Why experts recommend resorting to laser destruction of papillomas, warts and other skin tumors:

On average, laser destruction lasts no more than 15 minutes, during which time an experienced doctor can save you from several dozen small papillomas.

The only drawback of the method is that after exposure, no biomaterial remains for histological examination, therefore, a biopsy (if indicated) is performed before the procedure. Before starting a laser destruction, the doctor takes into account the existing contraindications and introduces the patient to possible complications.

Patients, who decide to get rid of papillomas by laser exposure, should be familiar with the limitations for such a procedure:

In addition, laser destruction with caution is performed for people with sensitive allergic-prone skin. In some cases, after exposure, there are minor complication – swelling, hyperemia (inflammation, redness), the formation of burn blisters. How to care for the skin and how to treat the wound in such a situation will tell the doctor.

Before the onset of exposure, a tumor is diagnosed for the possible presence of cancer cells, a PCR study is also performed (the virus strain is determined, since some of its serotypes are oncogeneally dangerous).

Removal of any skin lesions is best carried out in the walls of the medical facility. Beware of cosmetic offices with dubious reputation.

Before the intervention, the patient is disinfected and anesthetized the site of exposure (local anesthesia is used). The question that worries many people is whether it hurts to remove papillomas with a laser by itself – no, the procedure is painless. Only in some cases some discomfort can be felt, but it all depends on the degree of susceptibility.

Next, proceed to the direct destruction, in fact, papillomas are cauterized with a laser beam (the intracellular fluid is evaporated, drying layers of the pathological growth). A wound is formed at the site of impact, for which the next few days require care. How to treat the wound surface will tell the doctor.

During the procedure and sometime after it, reddening may occur around the former papilloma, it is quite normal. In addition, after exposure, there may be a slight soreness or itching, which will pass after 2-3 days.

The scab formed at the wound site indicates rapid healing, but the process should not be customized – the crust should be torn off by itself, revealing a thin layer of healthy skin.

For the recovery process to be successful, you need proper care and compliance with all recommendations of the attending physician.

Complete healing after removal of the growth usually takes place on the 7-10th day; during all this time, it is necessary to care for and treat the wound so that later no traces will remain.

If you have burned papilloma on the face, it is undesirable to use decorative cosmetics, discard it for at least 2 weeks.

Patients prone to the formation of keloid scars are recommended to use products containing collagenase – the substance breaks down necrotic tissue, as it were, thus preventing scarring.

Otherwise, no special care is required, after 7-10 days the scab disappears, and in its place remains a light area of ​​skin, which eventually merges with the skin.

Despite all the safety and short recovery period, not all people can afford to carry out the laser destruction of existing tumors – the price of the procedure is somewhat higher than alternative removal techniques.

How much does it cost to remove papilloma laser

The cost of the procedure depends on the number of tumors, their location, as well as size. In addition, pricing in different clinics may vary depending on the location of the medical institution, the qualifications of specialists and many other aspects.

Let us give an example – the PanoramaMed clinic, which is located ………… has the following rates:

But to remove single genital warts is somewhat more expensive, the price ranges from ,,,,,,, and not all clinics carry out such a procedure.

The high cost forces people to resort to alternative removal methods. How effective and safe they are in relation to lazole treatment is to consider below.

What is better – treatment with radio waves or laser

Radio wave destruction of skin tumors is a non-contact procedure (a radio knife does not come into contact with skin), but, in general, laser removal is carried out in the same way. This is not the only similarity of the two methods:

As an alternative, you can use the radio wave method, but you need to bear in mind that the cost of such a procedure far exceeds the laser destruction and this is the biggest minus. In addition, if the patient needs a histological examination, it should be done before the manipulation, since the biomaterial does not remain after the intervention.

The better to remove the laser or nitrogen

The method of cryodestruction – in fact, freezing papilloma by liquid nitrogen (temperature -190 degrees). Not many clinics are equipped with special equipment that minimizes the risk of frostbite of healthy skin. Most often, the procedure goes like this – the doctor dips a cotton swab into nitrogen, and then delivers a point on the papillomas.

Cons of such manipulation:

The advantages of cryodestruction are low cost, the absence of traces, and the widespread implementation of the procedure.

Pros and cons of electrocoagulation

This technique is resorted to most often due to high performance and availability. Also, the advantage of the procedure is the absence of blood loss and speed of execution (15-20 minutes is enough to remove several dozen papillomas).

At the same time, there are disadvantages:

Considering all the drawbacks, it can be concluded that electrocoagulation of papillomas should not be performed on open areas of the body.

Removal of growths with a scalpel is the “grandfather’s method”. The need for excision can be in two cases – a massive lesion or a precancerous (cancerous) condition. In other situations, today, do not use a scalpel – there are more innovative techniques.

The advantages of laser therapy are obvious – painlessness, bloodlessness, regulation of the depth of exposure (guarantees complete relief from growth), a short healing time and no traces.

What do patients say about laser destruction?

Approximately 5-6 years ago, she cut out several large papillomas in the groin (the doctor said that they only removed with a scalpel), healed for a long time, ached, and bled. Now in their place are the scars, well at least not visible to others. I wonder why they did not advise you to remove this filth with a laser !? Now I know!

Removed growths on the neck with a diode laser (I heard somewhere that a CO2 laser copes a little worse). I didn’t even have anesthesia, just a bit and that was all. The wound was told to process with calendula or baneocin (I chose the powder). Healed in a few days. There are bright spots, but I see that they gradually disappear.

I removed the papilloma with a laser, the consequences were not pleasant (although people write good reviews, it may not have been a doctor). The removal went well, without pain, but then everything changed. She processed regularly, but the wound did not heal for almost 2 weeks. Then she tightened the crust. Another time passed, and the crust disappeared, and in its place remained some kind of rough tubercle. I went to the doctor’s office, he said that the scab had not completely rejected, and removed it, had disinfected the place. After this, the wound became inflamed and began to ache, and besides, some kind of dense red bump formed. Has it all started all over again !? Very worried! Now I signed up for another specialist, I will go to him next week. I hope for success.

Papilloma 0
Papilloma, condyloma, wart – these benign tumors are the result of the activity of