Warts are usually benign skin tumors. May take the form of a nodule or papilla. The cause of most warts is the human papillomavirus. Its carriers are about 90% of people on our planet. Warts come in many shapes and sizes, and can occur in any area of ​​the skin and mucous membranes. In very rare cases, they spontaneously disappear. Most often they have to get rid of them.

Armed with modern medicine, there are various ways to destroy papillomas: from laser removal and cryodestruction to the use of drugs. In the initial phase of the disease, the use of therapeutic ointments and creams with an antiviral effect demonstrates its effectiveness. With warts, Oxolin ointment is successfully used.

Treatment of warts with oxolin ointment

Since warts have a viral etiology, insofar as drugs that relieve them should inhibit or destroy the culprit of a cosmetic defect. There are more than a hundred varieties of HPV today. Given the ability of viruses to mutate, we are waiting for a further expansion of the list of occurring strains. Among them, there are several particularly dangerous ones that can cause cancer: these are subspecies 16, 18, 31, 33, 35, 39, 45, 51, 52, 56, 59, 68. 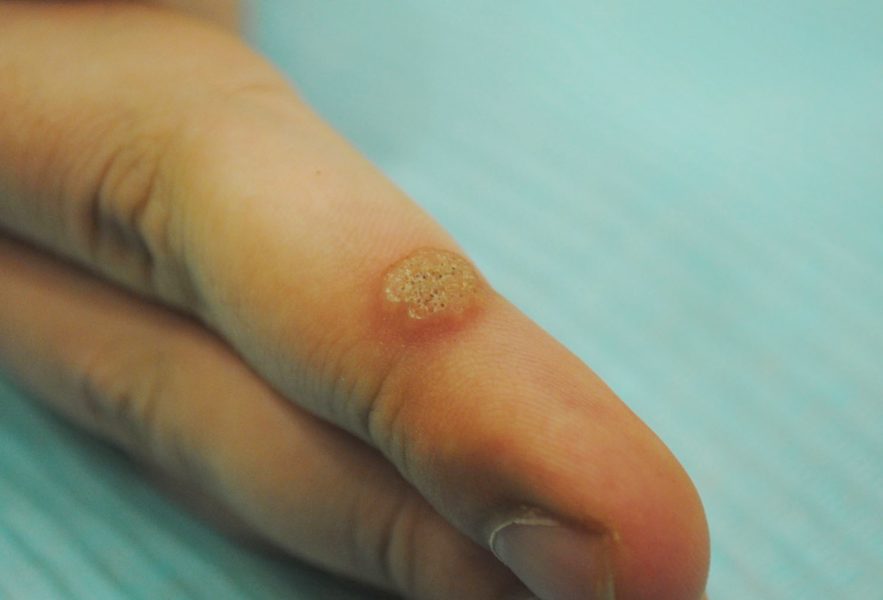 A person can be a carrier of several types of virus at once, some of which are not at all dangerous, while others can lead to serious illness. That's why when papillomas, genital warts and warts appear, it is recommended to take an analysis to determine the strain of the HPV virus.

With the treatment of warts caused by non-oncogenic strains, it is quite possible to cope on your own using an ointment from warts. Oxolinic ointment 3% – an antiviral drug for external and local use, which is always popular. According to the instructions for the drug, the active substance of the ointment – dioxotetrahydroxytetrahydronaphthalene – is active against herpes viruses, adenoviruses, molluscum contagiosum viruses and warts. When applied to intact skin does not cause toxic effects.

Do not confuse with Oxolinic Ointment 0.25% for nasal use. The concentration of the active substance in this form of ointment is sufficient for the prevention of influenza when lubricating the nasal mucosa, but will not have a sufficient effect when applied to genital warts.

This extremely affordable drug is sold in aluminum tubes of 10 and 30 g. Inside contains a whitish-gray substance with a creamy consistency, odorless.

How to use Oxolinic Ointment for Warts

Removing warts and similar growths of viral origin using an ointment is carried out according to the following scheme:

Following this instruction, You can get the effect of getting rid of warts as soon as possible. In addition, the treatment should pay attention to strengthening the body's defenses, getting rid of bad habits and treating chronic diseases.

Reviews about ointments from warts

Jana: “I would never have thought that such a simple means can get rid of a wart. But I did it! I don’t understand where the wart came from. It seems that I am not ill with anything, good health … But about a month ago there was a growth on the thumb. I did not immediately understand what it was. At work, a colleague noticed and told how she brought a wart to her son. It was then that I found out what was wrong with me. This woman from work explained that the wart is well treated with oxolin. You must regularly smear the growth, and everything will pass. And indeed, after a month and a half from him there were no traces left! ”

Maria: “I had a very unpleasant papilloma on my neck. Not only had to hide her behind high collars, it also hurt – she often touched when dressing. To get rid of her, I used various ointments. But nothing gave such an effect as oxolin ointment. Since Soviet times, I use it in the winter during the heyday of influenza. And now it came in handy for the skin. Only need to apply a 3% ointment against warts. According to reviews, she copes better with viruses. "