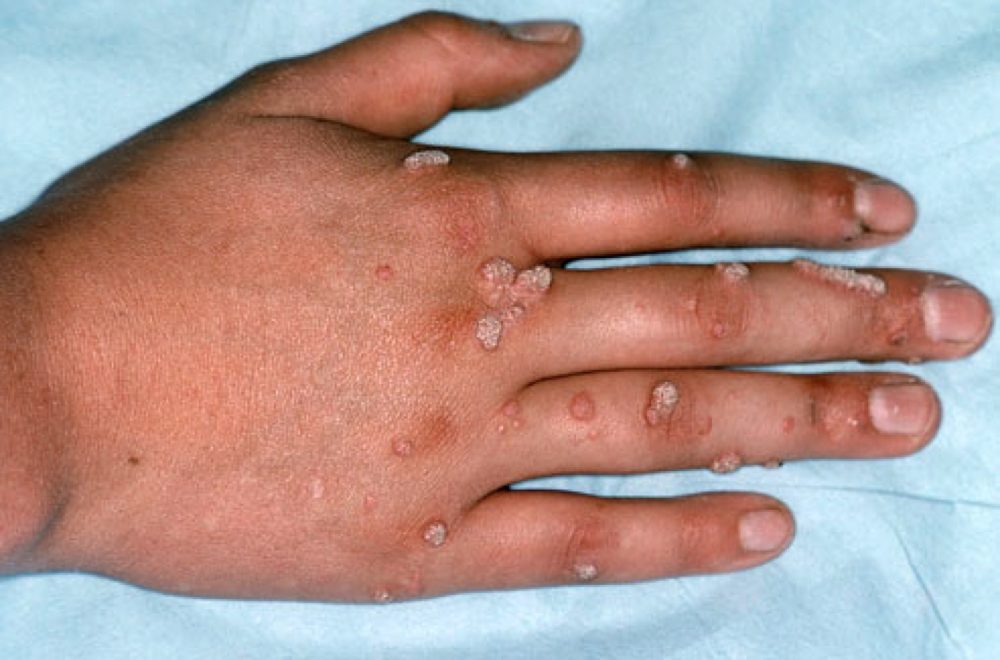 A wart on the hands is an unpleasant cosmetic defect, which not only spoils the appearance, but also significantly interferes with the person in the process of performing domestic and labor tasks. In addition, such benign formations can cause serious health problems, so get rid of them immediately after the appearance.

On hands mainly only one type of growths arises – common warts. In appearance, they resemble dense convex neoplasms with a diameter of up to 1 cm. Their color is the same as that of ordinary skin, but damaged lesions may turn red and even acquire a bluish tint. This is the first signal of inflammation of the wart and you need to visit a doctor as soon as possible, who will tell you how to treat it. 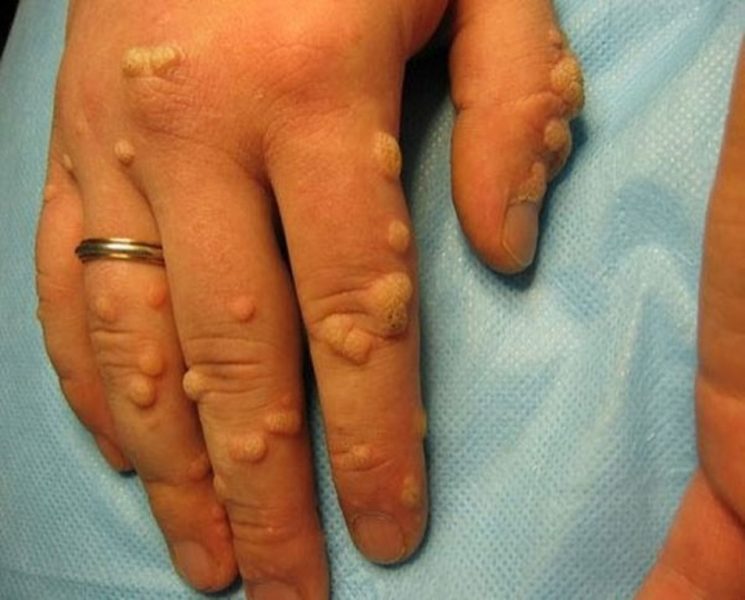 Often, when contacting a dermatologist, the doctor makes a diagnosis without additional tests. This is due to the fact that all ordinary warts on the hands have the same characteristic features:

Reasons for the appearance

The only reason for the appearance of wart growths on the skin is the human papillomavirus (HPV). This disease is localized in the body and the main sign of its presence was the development of various neoplasms throughout the body.

To date, scientists know more than 110 types of the HPV virus. Of these, only two affect the skin on the hands: type 2 and 4. The reason why the infection manifests itself in the hands and fingers was direct contact with an infected person.

Also, the ways of infection with these varieties of papillomavirus are:

The first symptoms of the disease may not be felt for a very long period of time, and a weakened immune system can provoke their manifestation. In this case, only a laboratory diagnosis will allow detecting the virus, which will confirm the presence of HPV and establish its type.

Even if a person does not have external symptoms of papillomavirus, and the latent form of the disease does not bring the patient any discomfort, he still remains the spread of the disease. Therefore, it is very important to detect the virus at the initial stage and prevent infection of other people.

How to remove a wart at home

Today, modern pharmacology offers a large list of effective medicines for the treatment of warts on the hands. 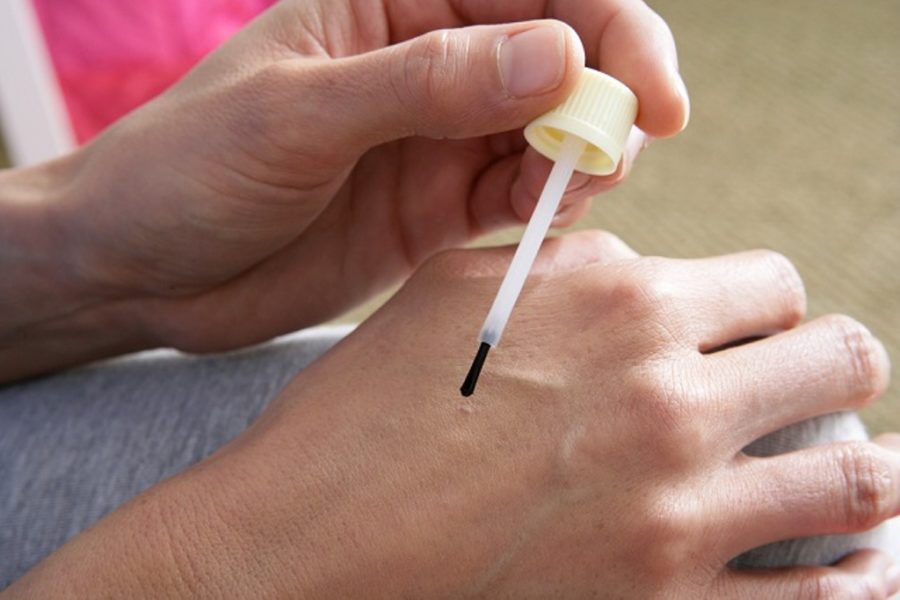 Popular necrotizing drugs of local action, which allow you to quickly get rid of warts on your hands, are:

The listed drugs are applied to the growth and cause its necrosis, after which it falls off on its own. Basically, any of them can be used at home without consulting a doctor, but you should know that they have some contraindications for use. For example, Vartek is forbidden to use to remove neoplasms in women during pregnancy and young children. Therefore, for safety reasons, you should first consult with a specialist.

The main tool for cryotherapy was the medicine Cryopharma. The drug is sold in the form of a can with freezing liquid, which is applied to the growth. Subsequently, a deep freezing of a benign neoplasm and its falling off occurs.

Thanks to Cryopharm, you can not visit the beauty salon and carry out procedures to remove growths at home on your own.

External remedies for treating warts on the hands at home include ointments and creams, which need to be regularly lubricated by the neoplasm until it disappears completely.

The most popular are: To achieve a quick result, it is necessary to apply the cream to the wart in accordance with the instructions for the drug. It is also advisable to glue the oiled outgrowth with a simple medical adhesive plaster. This is due to the fact that the hands are constantly rubbed against various objects and clothes, and this leads to smearing of the drug on the skin.

Despite the fact that the listed drugs can effectively remove warts, they only remove the external symptoms of the virus and after some time the growths will reappear on the skin. Taking antiviral tablets will make it possible to comprehensively combat papillomavirus and prevent the re-emergence of tumors.

The most effective antiviral tablets were Isoprinosine. It strengthens the human immune system and strengthens the protective functions of the body. Isoprinosine should be taken 2 tablets at least three times a day. The duration of treatment is about two weeks. During this time, the size of the warts is significantly reduced not only on the hands, but also throughout the body, which facilitates their further removal.

Keratolytics for the treatment of warts on the hands

Keratolytic drugs make it possible to melt the tissue of growths and cause warty neoplasms to fall off on their own. This category of drugs includes:

All of these drugs are presented as a guide. Self-medication use can harm your health! Before using this or that remedy, it is recommended to consult a doctor. Despite the fact that the medical methods of removing warts on the hands are the most effective, most of the people prefer to use methods of treating diseases with the help of improvised means. In this case, traditional medicine offers a large list of various recipes that will help you quickly get rid of formations.
Treatment of warts on the hands with the help of traditional medicine has many advantages:

Using natural ingredients, even at home, you can prepare various ointments, creams and compresses, with which you can quickly and safely cure wart growths of any size.

An effective, but not too popular way to remove warts on your hands at home is to use garlic. The lack of demand is due to the strong smell that remains after using such a folk treatment method. However, if this does not scare, then you can safely use it to eliminate neoplasms on the hands and other parts of the body.

There are several recipes using garlic. 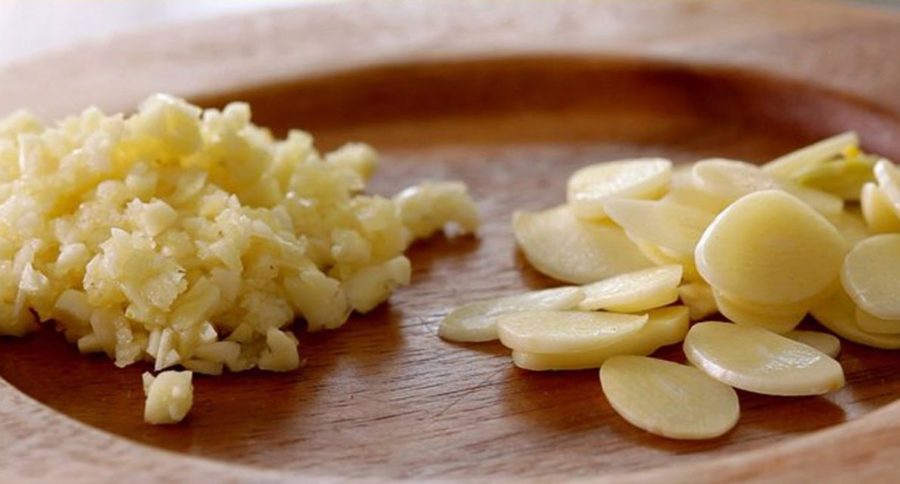 The use of tea tree oil from warts

Tea tree oil contains a large number of useful substances, so it is used to treat various skin diseases, including human papillomavirus. It has a whole list of healing properties:

In the process of reducing warts, oil penetrates deep into the structure of the skin and disrupts the vital processes of pathogenic cells.

To quickly get rid of warts on your hands, you should use natural 100% tea tree oil, and not its analogues with soy components. In this case, you need to dilute it yourself. A product with a lower concentration and additional components not only does not bring the expected result, but can also harm health, provoking the development of allergic reactions.
Before removing warts with this folk remedy, you will need to dilute the oil in half with one of the following components:

Before applying the medicine, the place on the arm must first be steamed. This can be done by applying a hot compress to the location of the growth.

The compress should not be too hot! This will cause a severe skin burn and an inflammatory process that will adversely affect the wart. 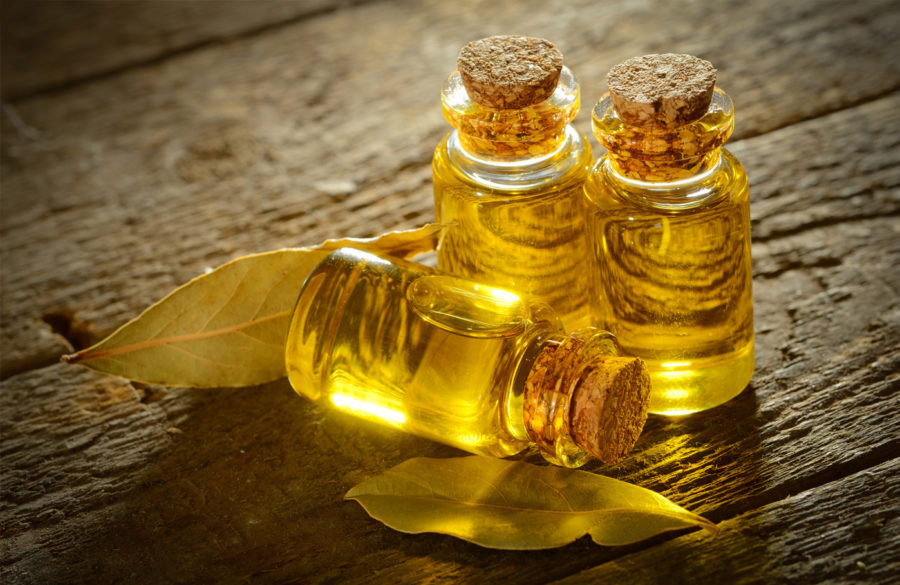 After the skin is steamed, a small amount of diluted oil should be applied to the growth with a cotton swab. Next, a piece of bandage or gauze is applied from above and fixed with a medical adhesive plaster.

The dressing must be changed 2-3 times a day, and the duration of treatment is from 7 days to two weeks, depending on the size of the growth.

Get rid of a wart with vinegar

Acetic acid is a universal folk remedy used at home to combat various types of dermatological diseases. With it, you can quickly get rid of warts on the hands and other parts of the body.

Basically, apple cider vinegar is used for this, which has a number of positive qualities:

Also, a good feature was the ability to use for the removal of warts in children of different ages, but in this case it is forbidden to use undiluted acetic acid.

When processing warts on your hands, you need to follow some rules:

Of the many options for using vinegar essence in the fight against papillomavirus symptoms, only two folk remedies have become the most effective:

The only contraindication to the use of acid for the treatment of warts was the presence of skin lesions on the hands, acute dermatological diseases and the period of pregnancy.

To prepare the ointment, you need to take two tablespoons of 9% vinegar and add a small amount of flour to it. The resulting mixture should resemble thick sour cream, if it is too rare, then add a little more flour. In the event that the ointment is too thick, then it will need to be diluted with a small amount of acetic acid.

Apply the obtained ointment directly to the wart, while avoiding its contact with healthy skin. Otherwise, the acid will cause irritation of the skin and cause chemical burns to the tissues.

A compress of vinegar and onion is one of the most effective methods used to remove warts on the arms and legs. To prepare it, use half of the small onions, which are previously incubated in vinegar for several hours.

After that, the area around the growth is treated with baby cream or petroleum jelly, and dipped onions are applied on top. The compress is fixed to the hand with a bandage or wide adhesive plaster and left overnight. The duration of treatment is no more than 10 days. During this time, the wart should die and fall off on its own.

When removing warts, you can not use onions soaked in 40% vinegar essence. This concentration can cause severe burns.

Iodine will help with warts

The use of iodine solution for removing growths on the hands has earned many positive reviews not only from patients, but also from dermatologists. This tool is quite safe and with its help it is possible to cure warts even in children over 6 years old. In addition, its main feature was the low price and availability, as it is sold in any pharmacy without a doctor’s prescription. 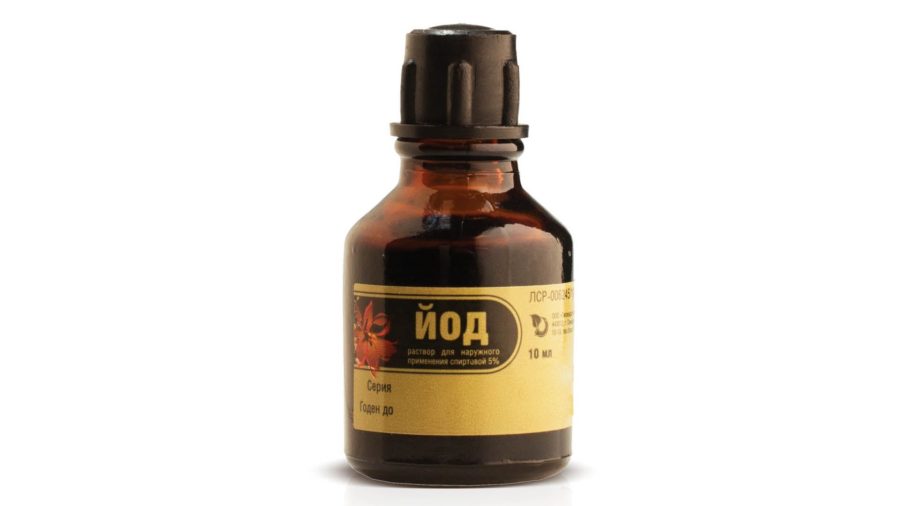 However, this method also has a drawback, which is the length of the treatment course. Usually, it may take from three weeks to one month to remove a secondary neoplasm with iodine.

For treatment in this way, you will need to apply iodine to the growth with a cotton swab at least three times a day. Pre-dilute it with something you do not need.

To enhance the effect of iodine from warts, doctors recommend taking immunomodulating drugs that will allow you to fight the papillomavirus from the inside. You can also add to the main course the use of anti-wart adhesive plasters, which should be glued over the treated growth.