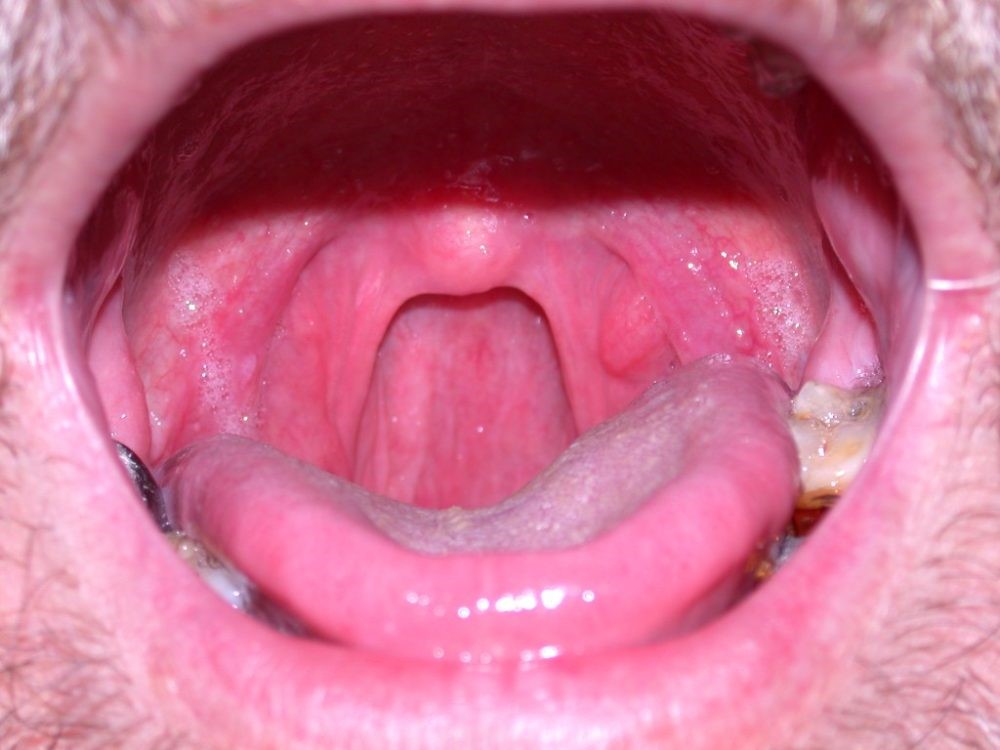 Condylomas in the mouth, tongue and lips: treatment and removal

According to statistics, more than 50% of people are carriers of human papillomavirus, with the activation of which, on mucous membranes and on the skin, characteristic growths called condylomas begin to appear, causing many discomforting sensations. Warts usually affect the genital area, but their occurrence is also sometimes observed in the oral cavity, on the tongue, lips, and even on the gums. To eliminate them, antiviral therapy is prescribed, as well as the removal or cautery of condylomas in one of the most suitable ways.

Condylomas are benign tumors that appear on the skin and mucous membranes under the influence of HPV. The occurrence of genital warts in the oral cavity is a rare occurrence, but still there are cases in medicine.

This problem should be taken very seriously, since condylomas in the mouth indicate not only infection with the papillomavirus, but also a significant decrease in the body’s defenses. Therefore, when symptoms of condilomatosis appear, one should seek medical help and undergo appropriate treatment, and if necessary, remove the growths using one of the methods chosen by the attending physician.

In the oral cavity usually appear flat or genital warts. Flat warts, as a rule, do not protrude strongly above the surface of the mucous and have a round shape. Their color differs on a general background in a brighter shade, therefore flat new growths are well looked through.

As for genital warts, they are single nodules or multiple growths that look like cauliflower.

Broad condylomas can also occur in the tongue and other areas of the oral cavity, but they have no relation to the human papilloma virus. The reason for their formation is the development of secondary syphilis.

Where the growths are located

Genital warts can form in any area of ​​the mouth, but more often they can be seen in the following places:

See also: Can condylomas pass themselves?

Scallions also appear on the lips, but this happens very rarely.

Symptoms of condylomatosis in the mouth

The papillomavirus is a very insidious disease, as it may not be felt for a long time, its incubation period ranges from several weeks to several months, and even years. It all depends on the state of the immune system, and when it fails, characteristic growths form on the mucous membranes and on the surface of the epidermis. This whole process is very quick and painful.

Signs of warts in the mouth:

Do not confuse the so-called fringed folds, located on the mucous membrane of the tongue and warts, as in these folds, many people have outgrowths. But they, as a rule, are not associated with the papillomavirus, and do not cause any unpleasant sensations. But if these formations are modified, then you should consult a doctor.

It is very difficult to diagnose warts on the gums, since they can be located in visually inaccessible places. In most cases, a dentist accidentally detects them on examination. The treatment of genital warts on the gums is the same as for growths on the tongue, on the palate, etc.

Warty growths in the mouth give a lot of inconvenience to the patient, interfere with the normal food intake, are injured, bleed, and sometimes even hurt while the person speaks.

Due to frequent injuries of the warts, an increase in their number and growth rate is observed, as well as the addition of a bacterial infection and an inflammatory process. All this together leads to the deterioration of the patient and to the spread of warts. They can appear in the larynx and pharynx, causing the risk of respiratory failure. This causes discomfort during swallowing, causeless, unproductive cough appears, and voice becomes hoarse.

Condilomatosis is a very contagious disease. There is a risk of infection when kissing, when using the same dishes and appliances with the patient. But the most likely way to transmit the disease is vaginal or oral sex.

See also: Genital warts of the vulva. Causes and treatment

Infected mothers through labor infect children. For this reason, cesarean section is indicated for women with papillomavirus.

If you find warts under the tongue, on the tongue and in other parts of the oral cavity, you should consult a doctor. An otolaryngologist, a dentist, a dermato-venereologist may help with this problem, depending on where the peaked condylomas are located. You can also turn to an oncologist, because the growths are benign tumors.

How to treat condylomas in the mouth

It is equally important to strengthen the immune system so that the body can cope with all infections on its own. People with strong immunity can only be carriers of HPV, but they do not suffer from the disease itself.

Genital and flat warts in the oral cavity is a symptom of human papillomavirus, and effective treatment requires, first of all, to take measures to reduce its activity. Removing tumors without antiviral therapy will not solve the problem.

A comprehensive approach to the treatment of warts in the mouth is very important, and in addition to drug treatment, it is recommended to correct your lifestyle, get rid of all bad habits and eliminate accidental connections. It is important to observe the basic principles of a healthy diet, and during an exacerbation of the disease, not to eat too hot or cold foods, as well as salty, spicy foods that can irritate the mucous membrane.

The most effective antiviral medications used to treat genital warts:

As an immunomodulator, drugs such as Licopid, Isoprinosine can be prescribed.

Preparations for the local treatment of warts

Pharmacies have a wide range of different chemical compositions intended for local application to warts, which entails the destruction of these formations.

Any medication can be used only as directed by the attending physician. You cannot independently make a decision on the use of a drug, so that there are no additional health problems. After all, all these solutions are caustic and, if accidentally hit on healthy tissue, can cause a burn.

Methods for removing tumors in the mouth

In almost all cases of condylomatosis, there is a need to remove growths. The most commonly used is the radio wave method, which involves the least trauma to the mucous membrane and skin. Also, in many patients, condylomas are removed with the help of a laser, cryodestruction (exposure to liquid nitrogen), less commonly with conventional surgery.

In no case should you try to remove the condylomas on the lips, in the tongue or in other places of the oral cavity, this procedure should be carried out by a doctor in a hospital setting.

Genital warts on the tongue, on the palate, on the lips can be tried to cure at home with the help of alternative medicine. To do this, use the following tips:

The use of any popular methods for the treatment of condylomas in the oral cavity should be coordinated with your doctor.

Warts 0
[ad_1] According to WHO, more than three-quarters of the world's population is infected with

Warts 0
[ad_1] Shipitsa (Shipiga) is one of the varieties of warts, the localization of which

Warts 0
[ad_1] The appearance of warts on the penis is not something extraordinary. The explanation